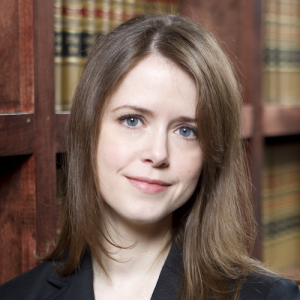 Life settlements benefit insureds because they can sell their unwanted or excess policies to providers for a higher price than what they would receive from surrendering their policies back to their insurance companies. They can then use the proceeds of this sale as they wish. Subsequent participants who buy shares of these policies also benefit because once a policy matures, the participant receives a distribution that reflects an amount of the death benefit equal to the participant’s percentage ownership in the policy. This distribution is the fixed percentage interest in the benefit at maturity which the participant purchased in the life insurance policy. Further, life settlements present a relatively predictable alternative to stocks, real estate, and other forms of investment that are tied to larger markets that can decline unexpectedly.

Life insurance policies have been regarded as transferable property since the early 1900’s when the Supreme Court held that the owner of a life insurance policy could sell it to a purchaser for value and that the policy would remain effective, even though the purchaser had no insurable interest in the policy when it was originally issued.[3] The legal principle that life insurance policies possess the “ordinary characteristics of property,” thus allowing them to be transferred, still holds true to this day and has been explicitly recognized by the Texas Supreme Court.[4]

What laws apply to life settlements in Texas?

The “first-level” transaction in life settlements takes place between an insured who is selling his life insurance policy and the purchaser (provider) who buys the policy directly from him. This transaction is regulated by the Texas Insurance Code and the Texas Department of Insurance. The applicable chapters of the Texas Insurance Code are generally intended to set up registration requirements for people who deal in the business of life settlements as well as provide consumer protections for people who may sell or transfer their life insurance policies.

These laws regulate “first-level” life settlement transactions as well as the people who take part in them. One such person is a “broker,” a person who negotiates a life settlement contract between an owner and a provider. By law, the broker owes the policy owner a fiduciary duty and must act in the owner’s best interest.[5]

Further, a person may not serve as a provider or broker dealing with policy owners who reside in Texas unless he or she holds a license from the Texas Department of Insurance. The person applying to be licensed as a provider or broker must meet certain qualifications, some of which relate to competence, reputation, and good-faith dealing.[6] Additionally, accredited attorneys, certified public accountants, and financial planners may negotiate life settlement contracts for owners without obtaining a broker’s license if they are not compensated by the provider or purchaser.[7] This allows such professionals to participate in the business of life settlements while ensuring that the best interests of the policyholders they represent are protected and not compromised by a conflict of interest arising from dealings between the certified professional and a provider.

The Texas Insurance Code provides protection for consumers not only through its licensing requirements but also by setting up guidelines for license suspension, revocation, or refusal to renew when a license holder is dishonest in their application, is shown to use fraud or dishonesty, is convicted of or does not contest certain crimes when prosecuted, violates life settlement contracts, or engages in other specifically prohibited behavior.[8]

Further, state law protects consumers by requiring that life settlement contract forms and disclosure statement forms be filed with the insurance commissioner and approved before they are used.[9] And to ensure that policies originally purchased from insurance companies are bought in good faith, the Insurance Code requires that when a policy is settled before five years have passed after the policy’s issuance, the provider who purchased the policy must also file an annual statement with the insurance commissioner. This statement is to include comprehensive policy, provider, and broker information, and failure to timely file can result in monetary penalties that accrue daily.[10] This ensures that people do not buy insurance policies from insurance companies with the express purpose of colluding with a provider and selling the policy for cash, having never actually intended to use the policy as a means of personal insurance.

Currently, there is no specific regulation of the transaction that involves a participant’s purchase of an interest in a life settlement contract from a provider. Unlike the “first-level” transaction, “second-level” transactions are not specifically regulated by the Texas Insurance Code. Thus, questions have arisen as to which state laws regulate this transaction. In particular, the biggest debate has centered on whether these shares of life insurance policies are securities regulated by the Texas Securities Act.[11]

When this question came before a Texas appellate court in 2004, the court held that the shares of life settlements at issue were not securities.[12] The decisive question was whether the company that sold shares in life settlement policies had engaged in enough entrepreneurial activities to satisfy the legal test that determines whether a contract is an investment contract, thus making it a security. This test is known as the Howey test, so named after the 1946 Supreme Court case that established the test, Securities and Exchange Commission v. W.J. Howey Co.[13]

The Howey test provides that a contract is an investment contract subject to securities regulation “. . . if investors purchase with (1) an expectation of profits arising from (2) a common enterprise that (3) depends upon the efforts of others.”[14] The Texas court, while applying the third part of the Howey test, also had to further determine “‘whether the efforts made by those other than the investor [we]re undeniably significant ones, those essential managerial efforts which affect the failure or success of the enterprise.’”[15]

The court concluded that in this case, due to the nature of life settlements, the profits gained by investors were not the result of the defendant’s managerial efforts but rather the lifespan of the insureds.[16] Even though the defendant had located, researched, and evaluated policies prior to the plaintiff’s purchase of her interest in an insurance policy, after her purchase, the efforts of the trust company that held and managed her policy were only ministerial and did not affect her profits.[17]

In reaching this conclusion, the Texas court had followed the reasoning of a life settlements case decided in 1996 by the United States Court of Appeals for the District of Columbia.[18] This Court had also applied the Howey test and found that none of the life settlement products in the case were securities because investors’ profits did not result predominantly from the efforts of others after participants had purchased shares of policies.[19] Instead, investors’ profits were determined by the lifespans of those insured by the policies at issue, and no managerial activities by the defendant in the case could have changed that determinative fact, concluded the Court.[20]

This is the current state of the law in Texas, and life settlements that are legally and ethically administered are a viable means of diversifying your investment portfolio. As with any contract, investment, or large purchase, a consumer should become as informed as possible, ask questions, and possibly seek professional assistance to ensure that he or she is making a sound financial decision.

Disclaimer:
The information contained on this site is not intended to create an attorney-client relationship and is intended for general information purposes only. Jurisdictions differ in their laws, and the information on this blog and site may not apply to every reader or to your situation in particular. You should seek professional counsel before taking any legal action related to the information you read on this site, and this site should not be used as a substitute for competent legal advice from a licensed professional attorney in your state. This site is not intended to, nor does it, constitute rendering of legal advice to its readers.