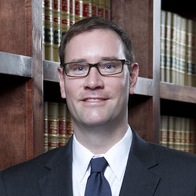 In a perfect world, the relationship between employers and employees would always remain pleasant and free of disputes.  Hiring would occur quickly, on agreeable terms.  Firing would be regrettable and respectful, but necessary for the health of the company.  Professionals could transition from one company to another on smoothly negotiated terms.  And so on…

Of course, experience tells us that the modern business world is not perfect.  As an employment attorney and litigator, I routinely encounter employment disputes at various stages of their development.  Some disputes are driven primarily by business concerns, while others are more personal and emotional.   Some disputes can be resolved with goodwill, while others have already passed the tipping point.  Regardless of the nature of an individual dispute, there is one key document that must be unearthed and addressed: the employment agreement.

Some employment agreements contain a clause prohibiting a contracting party from engaging in similar employment for a specified period of time within a certain geographical area.  In legal terms, this is known as a “restrictive covenant”, or more colloquially as a “noncompete clause.”   Noncompete clauses arise from the notion that an employer who invests significant time and capital in an employee would like the comfort of knowing that the employee will not leave the company and quickly begin using the new-found skill set to benefit a competitor.  Employees are often willing to agree to the noncompete clause because they are landing a desirable job.  An enforceable noncompete clause must be limited to a reasonable geographic area.  When examining the geographic area, the courts often look at where a company is doing business.  With this in mind, I think it is interesting to consider the impact of mobile technology and the virtual office on a court’s geographic analysis.  Consider the example of a Chicago company, with customers in the Midwest, which employs a project manager who works remotely from San Francisco.  Is the Chicago company “doing business” in San Francisco simply because that is where the project manager logs in to his computer?  (This topic will be explored further in a later post).  Noncompete clauses can be heavily contested and controversial.  Regardless of one’s view on noncompete clauses, and regardless of one’s position as employer or employee, every noncompete clause must be carefully structured and analyzed in order to prevent costly disputes.

Most employment agreements will indicate the amount of compensation and the manner in which that compensation will be delivered.  In a simple scenario, an employment agreement will provide for an annual salary of “x” dollars to be paid in equal sums at end of each month.  This is clear enough, but the realities of modern business mean that the total amount received by an employee is likely to include some elements from the following list: a bonus, deferred compensation, profit sharing, equity distribution, stock options, merit raises, health and other insurance benefits, and many others.  Due to the increasing number of compensation options, clear and decisive language is crucial when the parties are describing the compensation program.  In a surprising number of cases, the parties to an employment agreement ultimately discover that they do not agree on the total amount the employee was owed under the agreement.