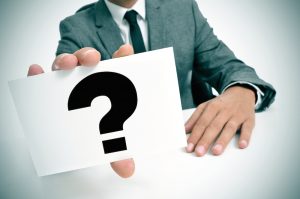 What is a series LLC?

A series limited liability company, or a series LLC, is a special type of LLC made up of individual series. Each series in the LLC can have its own members and managers, its own assets and liabilities, and its own business purpose or investment objective.

Where can I form a series LLC?

Unlike the standard LLC, which is authorized by the laws of almost every state in the United States, a series LLC may only be formed in a much more limited number of US states and territories. This article focuses solely upon forming a series LLC in Texas, which happens to be one of the states that has passed laws authorizing the formation of series LLCs.

How do I form a series LLC?

Forming a series LLC is almost exactly the same as forming a standard LLC except fo​r the inclusion of the following language, from the Texas Business Organization Code Section 101.602,  in both the certificate of formation and in the company agreement of the series LLC:

Why should I form a series LLC?

And maybe more importantly, why shouldn’t I?

The reason to form a series LLC is that it allows the entity to cordon off its assets, liabilites, ownership, management, business purpose, and investment objectives into separate cells as if each series was a unique LLC. The advantage of a series LLC over forming separate or unique LLCs is that individual series can be formed without the time and expense associated with making a separate filing with the secretary of state for each entity that you wish to form.

While avoiding the time and expense of making filings with the secretary of state might be tempting, it is important to weigh this convenience against the risks involved with making use of a series LLC. First and foremost, making use of a series LLC requires that the accounting, entity organization, and record keeping of the entity be done in a very strict and thorough fashion. The walls between the series are only created and maintained via this record keeping, so it is vital if the series LLC wishes to keep the ownership, assets, and liabilities of the various series distinct from the ownership, assets, and liabilities of the other series. (Additionally, all contracts made by a series in the series LLC must correctly name and identify the series that is the party to the contract – or else all assets of the series LLC may be subject to the obligations created thereunder.)

Second, while the LLC is relatively young in the world of legal entities, the series LLC is a virtual newborn. As a matter of risk assessment, this means that there is very little instructive case law to guide a series LLC as to how a court will treat the statutory provisions authorizing the entity. Most issues that a series LLC will face before a court will be a case of first impression – meaning that the outcome could deviate wildly from what may be expected.

Finally, as is pointed out in the Where section, series LLCs are not recognized by the laws of most of the states of the United States. That could mean that the series LLC could be pulled into a foreign forum, have the laws of a foreign jurisdiction applied to its actions, and have the barriers between its various series ignored – resulting in the liabilities of one series being applied to all of the assets of the series LLC.

When are series LLCs being used?