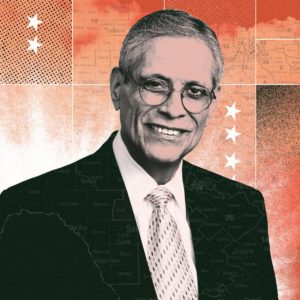 We are excited to see Hector De Leon, our founder and chairman of the board, featured in the Texas Monthly December 2018 Power Issue for his contributions as co-chair of the Associated Republicans of Texas. Read more about Hector’s efforts at the link below.

Here is an excerpt:

When Senator John Tower started the Associated Republicans of Texas, in 1974, the group had a clear mission: to elect a Republican majority to the Texas House and Senate. That seemed almost impossible at a time when Republicans held fewer than two dozen seats in the 181-member Legislature. For years, the organization largely devoted itself to backing Republicans in general elections against Democrats. It has never involved itself in federal races and has only rarely taken part in statewide, county, or municipal races; doesn’t lobby the Legislature; and has long stayed away from primaries of any sort. That strategy eventually bore fruit. After the 2010 election, the Legislature was dominated by Republicans, and it seemed that ART’s job was done.

But at that same moment, a new opponent started flexing its muscles. With the Legislature safely in Republican control, the far right saw an opportunity to capture the party and push culture-war issues—abortion, gay marriage, and, later, transgender access to public bathrooms—that had nothing to do with economic prosperity. “Now we’ve got the folks that are a little bit to the right—to the right of Attila the Hun,” says Hector De Leon, the group’s co-chair. “They don’t necessarily have the views that got us to where we are.”