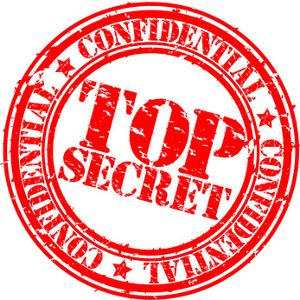 A non-disclosure agreement or confidentiality agreement (“NDA”) is a legal contract between two (or more) parties aimed to protect proprietary and private information. The NDA should outline precisely what is being disclosed by defining “confidential information” and, in most cases, should blueprint the following: proper & improper usage; ramifications of improper usage; to whom the NDA applies; security measures that must be adhered to; term and termination procedures, specifically what triggers termination of the agreement; & procedures to obey after termination (e.g. return or destruction of the confidential information).  Of course, not every NDA is alike and, based on the parties and the context, an NDA may define terms broadly or narrowly and may contain unique terms that are particular to the deal.

Often the disclosing party employs an NDA when revealing its intellectual property, business plans or “trade secrets”.   A company, or individual, will implement an NDA for many reasons. In my experience, NDAs are common when there is a prospective sale, transaction or investment.

Here are a few examples of business assets that, when disclosed to a 3rd party, typically trigger an NDA: sales/marketing plans and projections; future business plans; new product concepts or designs; software (source) code; & trade dress.  In the context of a potential sale or transaction, an NDA is now commonplace. The receiving party should anticipate confidentiality obligations even before an NDA is sent. Conversely, if a start-up company is pitching its business to a potential investor, while certainly necessary, the timing of the NDA may not be as urgent. During the process of a potential sale, several individuals will be scrutinizing the confidential information and – if negotiations terminate – the proper protections must be laid out in the NDA.  Language is critical; a time limit and schedule are always set; and terms are defined as narrowly as possible to mitigate risk and elude exposure.

I highly encourage start-ups and small companies to shrewdly think about two concepts when engaging a potential investor with an NDA:

(1) an appropriate message to the potential investor that an NDA will be coming their way (“a heads up”) and;
(2) careful drafting, based on the circumstances – what’s being disclosed and to whom. 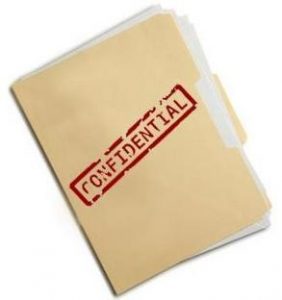 A small business does not want to scare away a potential investor before they have had a chance to review the proposal.  Often times, investors approach NDAs (rightfully so) as an unnecessary commitment or see them as causing possible vulnerability (or liability) down the road. This creates somewhat of a dilemma, which demands the right touch: on the one hand, you want to be able to share the particulars of your business in fullest and brightest light – on the other hand – if the investor chooses not to pursue the opportunity then there must be protective measures in place so that your prized plans and ideas are safeguarded after being exposed to a 3rd party.  Having an upfront and cordial conversation with the recipient of your confidential information will ease the feeling of a party signing (yet another) legal document that may appear unnecessarily threatening.

One way of making the process run smoothly is to let the other party know that you’re prepared to disclose your plans, but that you’re concerned and desire to have some protective measures in place.  This provides the receiving party an opportunity to advocate for an NDA and to go ahead and draft the first version of the agreement.  Another recommended course of action is, when preparing your agreement, draft diligently and specifically; do not use broad language and always include reciprocal safeguards, even if you’re the disclosing party.  This allows the other party to feel at ease with the legal document they are about to sign and establishes a good faith negotiation process.

If a large company asks you to sign their NDA (which will often times be broadly constructed) push to include a legal fees provision which will cover your attorney fees should litigation ensue. Rarely is litigation expected but it should always be guarded against upfront (when possible) especially if you’re negotiating with a much bigger company.  In the event of a breach, an NDA will outline how a dispute will be resolved (e.g. mediation, court venue) and the agreement will serve as your remedy.  Nowadays, confidential information leaks quite frequently, and while an NDA may not be a definitive solution, it is an effective way to pursue legal recourse.

Make sure you carefully read every word and engage an attorney if you need clarification.