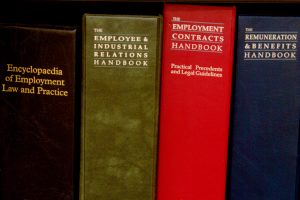 It is no secret that arbitration, mediation, and other alternative dispute resolution methods have been rapidly gaining popularity in the business community. As part of the trend of privatizing disputes, many employers are seeking to pull as many claims as possible under the arbitration umbrella. This is typically allowed—and often favored by the busy courts—but occasionally there is disagreement in the legal universe about whether a certain claim or right should be subject to mandatory arbitration agreements. This is exemplified by the ongoing difference of opinion between the 5th Circuit Court of Appeals and the National Labor Relations Board (“NLRB”) on the following issue: Is it lawful for an employer to ask employees to waive their right to bring joint, class, or collective claims in an arbitration agreement?

Approaching this question is not an academic exercise; employers that are trying to draft comprehensive arbitration agreements need to know the answer. To properly advise Texas business clients, it is important to understand this debate.

In the case of D.R. Horton, Inc. v. NLRB, 737 F.3d 344 (5th Cir. 2013), the NLRB took the position that mandatory arbitration agreements that prevent employees from asserting class or collective claims restrict the right to act concertedly under Section 7 of the National Labor Relations Act (“NLRA”). (Section 7 of the NLRA can be generally described as dealing with the interference of employees’ rights to unionize, to join together to advance their interests as employees, and to refrain from such activity). See https://www.nlrb.gov/rights-we-protect/whats-law/employers/interfering-employee-rights-section-7-8a1 The NLRB also asserted that finding an arbitration agreement unlawful under the NLRA, based on a waiver of collective or class claims, did not conflict with the Federal Arbitration Act (“FAA”).

Taking a decidedly pro-arbitration stance, the Fifth Circuit disagreed with most of the NLRB’s arguments, and reversed the NLRB’s decision. The Fifth Circuit held, among other things, that the FAA is not trumped by the NLRA on this issue, and that the courts do not defer to NLRB decisions that conflict with other federal statutes, such as the FAA. Importantly, the Fifth Circuit also rejected the idea that the right to file a class or collective action is a “substantive” right under the NLRA, highlighting that the Supreme Court has repeatedly stated that the use of class action procedures is only a procedural right, not a substantive right. Effectively, the Fifth Circuit stated that obtaining a waiver of class action rights in an arbitration agreement is allowable, so long as it does not appear that the agreement precludes filing “unfair labor practice claims” under the NLRA.

It is likely that the most of the courts, including the Fifth Circuit, will continue to utilize a more expansive and inclusive view of arbitration, while the NLRB will probably continue to fight to carve out certain employee rights issues and keep them inside the NLRB administrative process. I would expect to see more federal appeals courts weigh in on the issue in the near future.

What does this mean for clients/employers?

For the employer that wants to obtain a class action waiver in an arbitration agreement—especially for those businesses operating within the Fifth Circuit—the apparent disagreement between the Fifth Circuit and the NLRB presents an interesting dilemma. On the one hand, it is comforting to have some fairly clear guidance from the court, but on the other hand, there is the lingering threat that the NLRB may continue to enforce its views despite the Court’s holding. Whatever decision an employer makes regarding this issue, it would be wise to seek guidance on the current state of the debate before finalizing any policies or agreements.

George B. Ward and the attorneys at De Leon & Washburn, P.C. are available to assist clients with employment agreements, separation advice, and employment litigation. For more information regarding the firm’s practice areas, please visit our Labor & Employment Law page, and please feel free to contact the attorneys at any time.