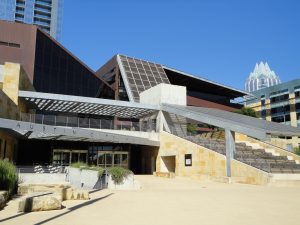 The city of Austin has sued the Travis Central Appraisal District (“TCAD”). Austin’s contention in the suit is that land identified as C1 vacant land or F1 commercial land is being systematically undervalued by TCAD.

The argument being made by Austin is that, as a result of commercial land being systematically undervalued, the tax burden is being shifted to residential homeowners in a way that violates the Texas constitution. Austin is therefore requesting that the court order TCAD to ignore certain provisions of the Texas Tax Code whose application Austin argues is leading to this unconstitutional result.

Austin bases its argument on Article 8, Section 1 of the Texas Constitution which requires that “all real property…in this State…shall be taxed in proportion to its value….” (It is interesting to note that the City of Austin does not quote all of Section 1 which continues to say that such value “shall be ascertained as may be provided by law.”)

Austin’s argument is based on a 2014 study commissioned by the City to determine to what degree C1 vacant land and F1 commercial land has been undervalued by TCAD. The study found that these land types “have been historically undervalued by 47%” … and “are 41% undervalued for the tax year 2015.”

Austin also argues that various provisions of § 41 and 42 of the Tax Code be declared unconstitutional as applied to vacant and commercial properties. In particular, Austin is displeased with the provisions that “burden switch” and put the burden on TCAD, by a preponderance of the evidence, to establish property value. Austin further argues that certain sections of the Tax Code allow the property’s value, for taxation purposes, to be determined by reference to the median value of comparable properties as opposed to the true market value of the property.

One curious thing to note about this suit is that it’s unclear that the named defendants actually oppose this suit. As is pointed out in the Texas Tribune’s reporting on the same subject (available here: https://www.texastribune.org/2015/08/24/austin-sues-texas-over-unequal-appraisal-system/), Dick Lavine, chairman of TCAD’s board of directors, is a supporter of the suit. He views it, correctly, as a challenge to the law as opposed to a challenge to the agency. Other named defendants include Owners of C1 or F1 Real Property in Travis County and Glenn Hegar, Texas State Comptroller, in his official capacity. Mr. Hegar’s office, as is policy, will not comment on the suit.

Given the above and the complexity of the law in the matter as well as the complex web of motivations of the parties involved, it’s hard to predict exactly how this suit will play out; however, regardless of how it plays out, it will be interesting and enlightening to watch.

For more information and a copy of the suit, please see http://www.bizjournals.com/austin/blog/real-estate/2015/08/youve-been-sued-read-austins-lawsuit-against-its.html.

Jacob D. Abrahams and the attorneys at De Leon & Washburn, P.C. are available to assist clients with real estate issues.  For more information regarding the firm’s practice areas, please visit our Real Estate page, and please feel free to contact the attorneys at any time.